(from Fred: I’m on vacation with the family this week. So I’ve got some great folks doing guest blogs! The first series is by a true friend, mentor, and pastor. His name is Craig Walker. Craig hired me in my first full-time ministry role as the Worship Leader for his church in Vicksburg, MS. We’ve had an awesome time in ministry, have been to Africa together, and have prayed and fasted together for over a dozen years each January. He’s the guy who called me in the middle of the night when I was praying for the life of my future wife without even knowing it. Craig’s story that he wishes to share with you is incredible, but long. I’m breaking it into two sections. If you’re too busy to read it now, please keep “unread” and check back later.) …. and as soon as we started the Presence of God became so real. The television show started and Gordon began to ask His guests to share what God was speaking to them. They had guest from Germany, Jerusalem, Florida, Malaysia, and other parts of the world. Gordon asked his guest, Vernon Falls, Founder of Lifelife Internationals in Malaysia, “What is God showing you?” He said, “Gordon, the Lord is showing me that that He is sending out angels today. They are all busy with healing assignments. And Gordon, there are angels all in the studio today.”

Immediately I felt like the Lord wanted me to tell Gordon about the angels I saw earlier. I began arguing with the Lord, “Lord, I am in a t-shirt and shorts. I’m not supposed to be here. Why would he listen to me? Anyway, my roommate is not here to verify my story. There is no way I could even get to Gordon. They are going to think that I’m one of those spooky people.” I had a ton of reasons why I couldn’t do it, but the Lord was not budging. So finally, I said, “Okay Lord, I’ll do what I can and share my story with the usherette.”

I went over to the usherette and told her my story and she did exactly what I had expected her to do. She listened politely and did nothing. At least I felt better because I had tried to obey the Lord. I did not tell her that I was a pastor.

Because I didn’t want to walk in front of every one and distract them again, I decided to just stand over to the side and watched from there.

Now I need to digress and tell you that I was leaving a large church in Florida to come to a much smaller church in Virginia, and within two weeks of my coming to the church, the youth pastor, secretary, children’s pastor, entire worship team, and one of the biggest givers and board member had all resigned. I was already giving up a lot to move to Virginia. I was leaving a happening church where I am loved and had served for over 8 years, to come to a small church that was getting smaller by the day.

As I was standing over to the side of the studio balcony, Gordon asked Jane Hamon, Sr. Pastor of Christian International Family Church in Florida, if she had anything to share. She said, “Gordon, the Lord is showing me that there is a pastor there in the studio audience today. You have had people leave since you have been at your church and it has been intimidating financially. You have even said, ‘Maybe I should just go back to my old job.’ But the Lord is saying that, ‘The time of tearing down is over and I am bringing the people to help you from many different places.'” As she said that, my cell phone began to vibrate. I was receiving a phone call from a couple in Nebraska that I had mentored in the ministry six years earlier. They left a message at that moment saying, “Hey Pastor Craig, this is Joel and Angela. We are looking into flights to come to visit you in Norfolk. God has spoken to us to move there so we can help you.” At the same time, my wife watching the show in Florida, turned to my daughter and said, “Well, I guess your Dad got His word.” In the same moment, the usherette I had told about the angels, tapped me on the shoulder and said, “You’re that pastor aren’t you?” It was a God moment! Hallelujah!

The last person to give a word that day said, “You who are in the studio today are not here by accident. God has called you to be bearers of this anointing.” Surely I was aware that I was not there by accident.

As I began to leave I still felt that I needed to tell Gordon my story, but there was no way to get to him. I told the Lord, “Well, I tried my best; I don’t know what else to do.” Just then a sister came walking out behind me. We were both smiling from ear to ear and at the same time we moved to give each other a high-five. We both laughed and she said, “I work here, and I don’t even know where I am at right now!” I replied, “Well, I’m a pastor from Florida, and I didn’t know I was coming here today.” I then started to explain to her why I was so casually dressed and ended up telling her my whole story.

As I told her about the angels, she kept saying, “Gordon Robertson needs to hear this.” So finally I said to her, “Well, can you get me in to see him?” She replied, “Follow me.”

We walked through the metal detectors, past the security, through the crowd, and up to the studio stage where Gordon was standing. I heard her say from behind me, “Well, there he is.” As I turned to thank her, she was already gone. I turned back around and Gordon said to me, “What do you have for me?”

As I told him my story, he kept saying, “Wow, wow, God is really moving in our midst.” It was an amazing day, but it was not over! I couldn’t wait to tell my roommate what had happened. As I drove to his home, I was aware of two angels hovering over my car. When I arrived at his place they paced back and forth in front of his driveway. If I had not had the earlier experience it would have been easy for me to discount this awareness, but now, it was undeniable.

I was still praying and deeply in the Presence of God as I waited for my roommate to return. I then became aware of my grandfather’s eyes watching me from heaven. I could feel his smile of approval and the spirit of legacy engulfed me. I saw myself as a young 6 year old boy watching the 700 Club with my grandfather. He had a black and white television and I would climb in his lap and watch Pat and Ben. My grandfather would only allow the 700 Club to be played in his home and then the television was turned off. As I saw this, I understood, that all that was happening, was a direct result of his prayers. Now his grandson and great grandson would benefit from this great ministry he had loved and prayed for so much.

When my roommate arrived, I told him the whole story. We shouted, we cried, we laughed and praised God together. I know that I will never be the same. A portal had been open for me into the spiritual realm. Father had answered my prayers and confirmed our step of faith.

I know now, that I have been in the presence of angels before. Angels are like whispers â€“ they are spirits. “Are not all angels ministering spirits sent to serve those who will inherit salvation”? (Hebrews 1:14) This is just how they appeared to me. They are spirits, without a body, and yet with one.

They are not here for leisure, but they are here on business for the King. They await orders generated from the Father’s regents here on earth. It is our words, our declarations, and our prayers that move them. Daniel 10:12-14 states, “Then he continued, “Do not be afraid, Daniel. Since the first day that you set your mind to gain understanding and to humble yourself before your God, your words were heard, and I have come in response to them. 13 But the prince of the Persian kingdom resisted me twenty-one days. Then Michael, one of the chief princes, came to help me, because I was detained there with the king of Persia. 14 Now I have come to explain to you what will happen to your people in the future, for the vision concerns a time yet to come.”

All of heaven is rooting us on! “Therefore, since we are surrounded by such a great cloud of witnesses, let us throw off everything that hinders and the sin that so easily entangles, and let us run with perseverance the race marked out for us.” (Hebrews 12:1)

(Thanks to Craig for sharing his story on my blog. Do you have any angel stories?) 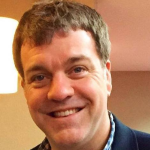 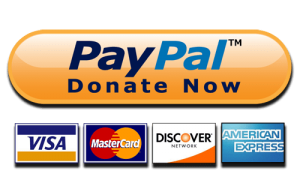